Free Shipping On All Orders! 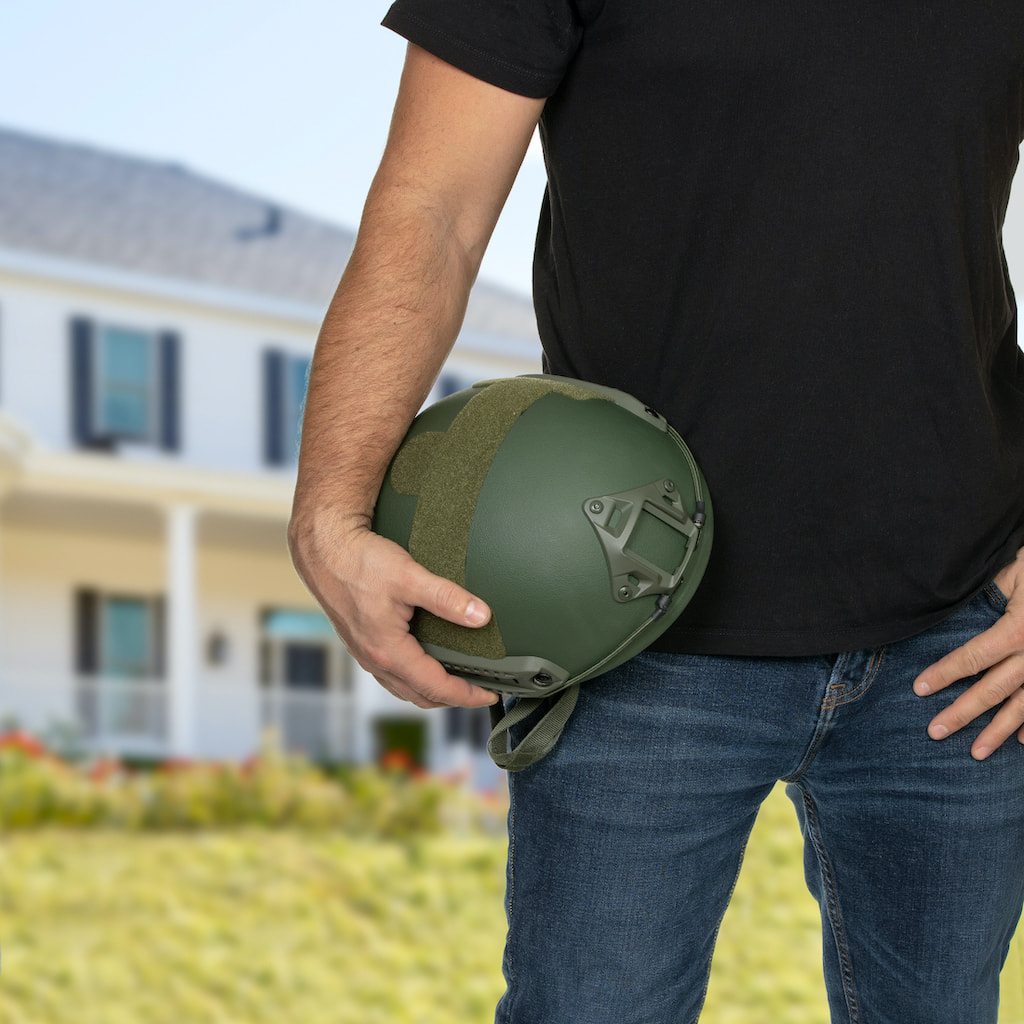 Advantages of owning a Bulletproof Helmet

Police forces and the military have traditionally used bullet proof helmets for various reasons, mainly to protect themselves from debris or impact. Going into a situation where there’s threat involved without the right protective gear adds to the risk of severe injury and possible death. For example, going motorcycling without a helmet, most people would consider that an act of foolishness. Alternatively, one would argue that using lifesaving gear is infrequent however you only need the security of a ballistic helmet or a bullet proof vest once to justify the purchase, considering that it will literally save your life.

Today’s ballistic helmet is an essential part of the modern police or security force and an integral part of safety gear. They are not just for military use anymore. Individuals also use bullet proof helmets in various situations. With civil unrest and crime rates getting higher, more and more individuals are choosing to have a bullet proof gear on hand to protect themselves and their families.

If you are a legal resident of the US, it is your RIGHT to buy a bulletproof helmet or vest. At BulletProofHelmetsUSA.com we help provide people around America who feel they need for bulletproof helmets and protective gear to stay protected. That includes families in suburban neighborhoods, or urban neighborhoods, individuals who work in risky areas, or those who feel that they need to be prepared for future events or threats. In the past, besides providing helmets to everyday Americas, we have also provided helmets to veterans, cops, sheriffs, jewelers, postal / delivery workers, press/news staff, rangers, photographers, cash in transit workers, hunters, EMT / paramedics, and many other people of different professions.

*Please note: US law stipulates that convicted felons cannot purchase body armor. As far as the federal government is concerned, you are okay to purchase body armor and ballistic helmets if you are not a felon who has been convicted of a violent crime. However, this does not necessarily protect you from state and local laws.

They work very well. Take, for example, bulletproof helmets which will stop anything from indirect fire and shrapnel, like the PASGT (III-A) bulletproof Helmet. Currently BulletProofHelmetsUSA.com offers several ballistic helmets that are rated by the National Institute of Justice to stop handgun rounds up to and including the .44 magnum. Some of these include the previously mentioned PASGT (III-A) bulletproof Helmet as well as MICH ((III-A) Bullet proof helmet, and the High-Cut (III-A) Tactical Bullet proof helmet. That’s a very impressive feat considering the power and energy that the .44 magnum round carries. What this means is these helmets are designed and tested to stop common, small arms fire, including rifle rounds. So, it is possible for the operator to have a helmet that will provide the security of an armored vest with rifle plate

Modern ballistic helmets provide different levels of protection. The levels are generally tested in accordance with the National Institute of Justice. The NIJ rates ballistic protection based on what rounds the item proved capable of stopping during rigorous testing. Levels III and IV will stop common rifle rounds. Levels I through IIIA are rated to stop various handgun rounds, with level IIIA having stopped handgun rounds including the .44 magnum. While other rounds are not always tested, there is a presumption that a ballistic helmet that will stop a .44 magnum round, will also protect against a .25 auto or some other lesser powered ammunition.

Your source for
bulletproof helmets – FAST!